Should I Stay or Should I Go: What Should Partners Do When Their Firm Merges with Another Firm? | BCGSearch.com

Should I Stay or Should I Go: What Should Partners Do When Their Firm Merges with Another Firm?

What do you think about this article? Rate it using the stars above and let us know what you think in the comments below.
989 views

While most seasoned partners have been through their share of recessions and economic turmoil, the recession of 2008 has put us into uncharted territory. We have seen a number of top tier law firms close their doors. And while there are still plenty of firms that have not been forced to disband, many are looking to take the firm in a new direction in an attempt resurrect it and ensure its survival. Merging with another law firm is a common way to keep a firm alive. 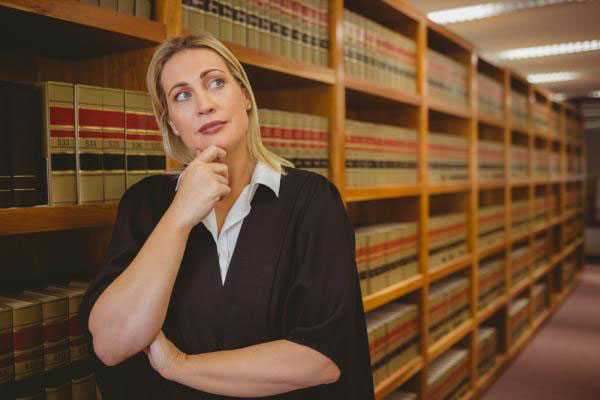 Jumping forward to the year 2014-15, law firms mergers are still going on, and have actually increased since 2008-2009, with 82 U.S. law firm mergers happening in 2014 (and only 53 mergers happening in 2009), according to Altman Weil. Some of the biggest mergers to take place in 2014-15 (according to Altman Weil) include Locke Lord with Edwards Wildman, Squire Sanders with Patton Boggs, and Buchanan Ingersoll & Rooney with Fowler White Boggs.

No matter how many mergers are going on in a given year, the merging of two firms is a complicated process that causes a whole host of issues for the attorneys at the merged firm. These changes include those to firm policies and procedures, issues with conflicts, changes in the culture and values of the firm and changes to the management, among others. New opportunities may arise as well, including new cross selling opportunities that come with the addition of new firm clients. For many partners, the merging of their firm with another firm requires them to think long and hard about whether to stay at the merged firm or look for a new home. No matter how long you have been with your firm, deciding whether to ride out the merger or jump ship can be very difficult. Below are some questions and considerations to think about before making such a decision.


What will the firm look like after the changes are complete, and will I like what I see?

In general, if a firm is in financial trouble and entertaining a merger with another firm, it will be forced to trim its ranks of associates (and maybe even partners) prior to the merger. Such action will inevitably change the culture of the affected practice groups, and it may have a direct effect on the way the firm provides legal services to its clients. Additionally, once the word gets out that the firm is planning to merge, there will be partners and associates who jump ship immediately, not wanting to ''deal'' with the changes that come with a merger. This attrition can affect the morale of the firm and can lead to an overall feeling at the firm that things are not going well, despite what the numbers say.

Once the firm has merged, it is likely to look quite different. More attrition is likely to occur. Moreover, if you are at a small to midsized firm that is merging with a larger, multi-office firm, the original firm may be completely swallowed up by the larger firm, leaving you with an essentially unrecognizable, new firm. Depending on how you look at it, this can be a good thing or a bad thing. Either way, it is up to you to determine if you want to stay and ride out the changes or leave for something else new and different.

Will the culture and values that attracted me to my law firm in the first place still exist post-merger?

Almost any lawyer will tell you that in choosing his or her firm, he or she considered the culture of the office and the values of the attorneys. These cultural norms and values are not likely to be written, but they come through in the actions of the attorneys and the goals of the firm. Does the firm value one's personal life or believe that it ''owns'' the attorneys in the office? Whatever the culture of the firm you joined, it is likely to change after a merger. After all, no two firms have the exact same culture, so the combination is bound to cause changes in the values of the firm. If the changes are minor, the environment may remain similar to that of the firm before the merger and staying with the merged firm may be the answer.

However, if the merger results in new management with new ideas that run contrary to your values, then staying at the merged firm may present all sorts of problems. For example, if your firm placed an emphasis on creating a friendly and welcoming working atmosphere for its attorneys, and then merges with a firm that focuses only on the billable hour and places no value on the atmosphere of the firm, then staying may not be the best option for you.

Will I have a place at the firm once the changes are made or merger is complete?

Unfortunately, if a partner is with a smaller firm that is being eaten by a larger one, the larger firm is likely to take the majority of the management committee and department head positions, leaving those from the smaller firm with less involvement. And this change may take place without the input and/or approval of all of the partners, thereby leaving many partners unhappy and further motivated to leave the firm.

Will I run into issues with conflicts?

Conflicts are a major issue with every law firm merger. What happens if the firm with which your current firm plans to merge represents a major client whose interests conflict with a major client of the other firm? Usually, one firm will have to withdraw from representation of their client so that the merged firm can continue to represent the other client. What happens if that client is yours, thereby resulting in a loss of business to you? This may serve as a motivator to leave the firm and find a new firm where you can avoid the issue of conflicts.

Will there be new cross selling opportunities at the newly merged firm?

The flipside to the issue of conflicting client interests is the potential cross selling opportunities that come with a newly merged firm. Merging the firms and clients may provide partners with new opportunities to cross sell their legal expertise to the clients of the other firm, thereby resulting in an increase in business for the partner and firm. If this is a real possibility for you, it may be a strong reason to remain with the merged firm.

Am I too old to make a lateral move?

While you may feel too old to make a lateral move, the short answer to the above question is that you are never too old to make a lateral move. While some partners may feel as if firms discriminate on the basis of age, it is much more likely that the firm will turn down a potential lateral based on the size (or lack thereof) of the partner's book of business. Think of it this way: firms exist to make money, so no matter how old you are and how close you are to retirement, if bringing a partner into the firm is going to be profitable for the firm, even for a short period of time, then a firm is likely to do so. Moreover, some firms may jump at the chance to hire older partners in hopes that they will pass their large books of business down to other firm partners when they retire.

Do I have enough portable business to make a lateral move?

This is a difficult question to answer. In this economy, it goes without saying that the more business you have, the more attractive you will be to a new firm. After all, many firms are struggling, and the addition of a partner who brings in $4 million of business a year will only help the firm's bottom line. However, not all is lost if you don't have a multi-million dollar book of business. While more common in a flourishing economy, there are still firms with busy practice areas and a need for partners (with minimal books of business) to take the load off of the current attorneys in the group.

Moreover, there are firms that will take on partners with smaller books of business, especially if that partner has serious potential for growing this book and/or is willing to be compensated at a lower rate than he or she would otherwise be if they had a larger book of business. Believe it or not, there are many partners out there who ultimately decide to make a lateral move for reasons other than salary. Many of these individuals would gladly trade a percentage of their compensation for other benefits from a new firm (better culture, quality of life, more management opportunities, good quality people with which to work, etc.).

Make no mistake, portable business is very important—likely the most important factor for firms considering whether to hire a lateral partner, but there are opportunities out there for partners with smaller books of business. Consequently, do not assume that you are stuck at your current firm exclusively because you have less than $1 million worth of portable business.

Am I ready and willing to start over at a new firm?

This is a question that comes from within. Do you have the energy and desire to start over at a new place of employment? Are you ready to embrace a new way of doing things, new faces, new policies and procedures, and new opportunities? If the answer is yes, then moving from the newly merged firm may be a good choice for you. However, if there are things about the new firm that you do not care for but at the same time you cannot imagine leaving what is left of your original firm to start from scratch, then riding out the merger may be the best option. Moving firms, no matter how successful and experience you are, can be a difficult transition, which should not be done without careful consideration. 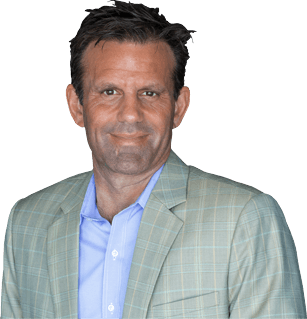 "I think my legal placement professional did a really great job, and I really appreciated..." Read more

"I have cleared conflicts and am going to move forward at Downey Brand. I will inform Murphy..." Read moreD. F.
Boston College Law School, Class of 2010

"One of my favorite things about working with BCG was the personalized attention. It may..." Read more