What do you think about this article? Rate it using the stars above and let us know what you think in the comments below.
385 views

We are frequently contacted by attorneys whose practices focus on insurance law. The relative marketability of these attorneys depends on the specific nature of their practices. Insurance coverage attorneys are highly marketable and can transition to challenging new positions with top law firms with relative ease. On the other hand, those who practice insurance defense find it more difficult to make an upward move, notwithstanding their often excellent litigation skills. 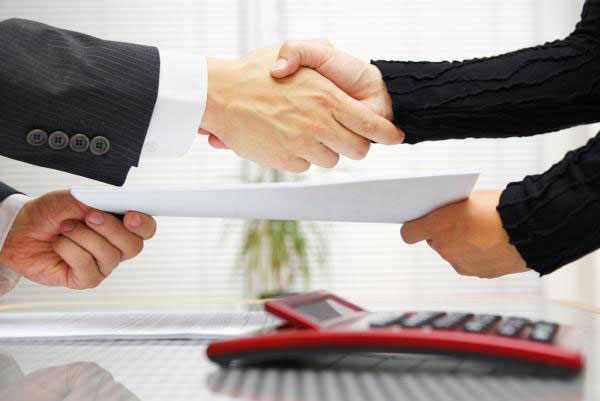 What then is the difference between insurance coverage and insurance defense, and why do attorneys in the former area have an easier time making lateral moves? While a detailed explanation of all of the nuances of insurance law is beyond the scope of this article, the following is an explanation of the basic differences between the two types of practices. Also included is a discussion of how insurance defense attorneys can best position themselves to make lateral moves to top law firms.


AS A GENERAL RULE, INSURANCE COVERAGE CASES INVOLVE MORE SOPHISTICATED LEGAL ISSUES AND ARE MORE LIKELY TO RESULT IN BINDING CASE LAW THAT WILL DIRECTLY AFFECT FUTURE CLAIMS
The term "insurance defense" refers to situations where an insurer hires counsel to defend its insured against an action brought by a third party-typically, an action alleging that the insured has caused the third party to suffer bodily injury or property damage. The parties to the action typically are the insured and the third-party claimant. The legal issues revolve around whether the insured defendant is liable to the third party and, if so, for how much.
In contrast, the parties to insurance coverage actions generally are the insurer and the insured. The insured is seeking to recover under a policy of insurance, and the central legal question is whether the insured's policy covers the loss or liability. Insurance coverage actions also may involve complex issues-including disputes between insurers-relating to matters such as primary/excess coverage, time-on-the-risk, or reinsurance. Such actions also may involve first-party claims for coverage (e.g., for a loss suffered by the insured, rather than by a third party, such as fire or earthquake damage to the insured's home or theft of the insured's personal property) that are never at issue in insurance defense.

If there are no coverage issues, the defendant's insurer will appoint counsel to defend the insured in the action and will attempt to resolve the claim for bodily injury and property damage, by settlement or otherwise. The legal issues will be fairly straightforward-how did the accident occur, what was the proximate cause of any resulting injuries and damage, and what is the monetary value of the injuries and damage suffered. If the insured is found liable or agrees to a settlement within policy limits, the insurer will pay the tab.


Interested in these kinds of jobs? Click here to find Insurance jobs.
Thus, insurance defense cases tend to focus on the facts of a particular incident or occurrence. Insurance coverage cases tend to focus on the language of the policy and the case law construing the policy language. Such cases can have a much more dramatic effect on the insurer's bottom line because they can establish precedent that will apply to future claims.


INSURANCE DEFENSE LAW FIRMS ARE LESS LIKELY TO USE LEGAL RECRUITERS THAN FIRMS THAT HANDLE INSURANCE COVERAGE WORK
While insurance defense cases sometimes involve high-dollar claims, the practice generally tends to be high volume/low value. Because insurance defense work tends to be high volume, insurance carriers often assign a lot of cases to a particular firm, but pay a fairly low hourly rate. Insurance coverage cases, on the other hand, can be quite large scale, with multimillion-dollar claims that take years to litigate (for example, claims for coverage of liability for environmental contamination that allegedly took place over decades, thereby implicating numerous policies). Carriers generally are willing to pay a much higher hourly rate for these types of cases because, as a general rule, the work is more sophisticated and, as mentioned above, more likely to result in binding case law that will apply to future claims.

Firms that handle insurance defense work tend to pay their attorneys salaries that are below market. They are often unwilling to recruit lateral attorneys through recruiting firms-which can entail a substantial fee-preferring to hire candidates directly. On the other hand, many of the top law firms in the country handle insurance coverage work. Some handle such matters on behalf of insurers, and some handle them on behalf of well-heeled corporate policyholders. In either event, such firms are able to command very respectable hourly rates for their work and generate a healthy revenue stream in the practice area. Many such firms are our clients.

Such attorneys should approach a potential lateral move with considerable thought. Some individuals in hiring positions have a bias against insurance defense attorneys, perceiving them to be less careful in their work and to have less sophisticated experience than other candidates. To address any such bias, a candidate should ensure that his/her application is as well presented and informative as possible. The application should highlight any insurance coverage experience-including a description of the specific nature of that experience (e.g., first-party or third-party type of coverage/claim)-as well as the extent of the candidate's hands-on litigation experience. Many insurance defense attorneys have substantially more experience than their counterparts at more prestigious firms in handling depositions, oral arguments, arbitrations, and trials. This experience can be very attractive to firms when presented as part of a strong package.

A final thought to keep in mind is that conflicts can be a major concern in insurance coverage work. While some firms represent both insurers and policyholders, most focus on representing one side or the other. A firm that represents only policyholders may be unwilling to consider hiring an attorney who has represented insurers, simply as a matter of firm policy or due to actual or perceived conflicts of interest. Your job search should be tailored accordingly.

Any of our BCG recruiters would be happy to discuss your insurance practice with you to determine how you can take your practice to the highest level.

"Karen was very responsive and had great information and really listened to what I was..." Read more

"The recruiter I worked with was responsive. [The first three words that come to mind when I..." Read more

"My Chicago recruiter had good insight and was helpful throughout the process."Richard Stanley
Baylor University School of Law, Class Of 1999
Placed at Taft Stettinius & Hollister LLP